I thought I would summarize my thoughts about how a diabetogenic diet causes hepatic fibrosis and how the risk is increased by high intakes of dietary cholesterol in reasonably easy-to understand language.

(music: Gary McFarland's 1969 cover of The Beatles' Get Back)

Here is the relevant part of the abstract from Dr Yu et al's paper (the full text is still behind a paywall):

Notice there is no real difference between the 3rd and 4th quartiles (the second quartile isn't mentioned, but the incremental figure of AHR 1.46 is close enough to what it must be). People who ate the most cholesterol (4th quartile) actually had the same risk of cirrhosis as people who ate a lower amount (3rd quartile). There was a limit to the increased risk. Normally a broken dose-response relationship like this would ring alarm bells, but we are talking about cholesterol, and if dietary cholesterol intake is high enough, the liver's production is inhibited. So it seems to me plausible that the effect is more or less plateaued at high intakes, and this implies that endogenous cholesterol production is also implicated. 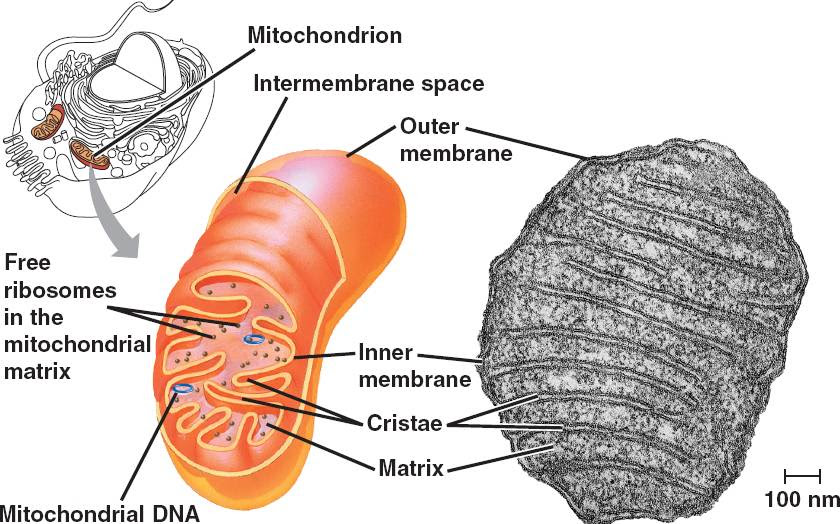 A diet high in polyunsaturated fats increases cholesterol production by the liver (because it lowers serum cholesterol), and a high-carbohydrate diet (esp sugar, or excess starch) also increases the liver's cholesterol production (because it increases triglycerides which need to be packaged with cholesterol). If the liver is fatty, not only the fat but also the extra cholesterol will be retained in the liver. If there is also cholesterol in the diet, this increases the load, and eventually makes inner mitochondrial membranes (cristae) deformed (cristae need to expand and contract in response to energy requirements; the consequent rearrangement of the various enzyme complexes regulates their activity; cholesterol is a stiffening agent that regulates the fluidity and integrity of membranes), so the cholesterol-laden mitochondria find it hard to produce energy or clear substrates, make more free radicals, and precipitate fibrosis.

(This image shows how the accumulation of unesterified cholesterol deforms the membranes of red blood cells in patients with liver disease. Cholesterol is mostly esterfied by taurine and glycine, which are protective against fibrosis).
This is what I think happens. It could happen without dietary cholesterol, is two and a half times more likely to happen with high intakes of it - but depends on a diet that produces fatty liver, plus in this case a virus that promotes similar changes - the dietary cholesterol then being the last straw. In the context of a diet and lifestyle that is protective against fatty liver, dietary cholesterol ought not to be an issue.

Lowering free cholesterol by esterification with taurine is a rational treatment for NASH:

The restorative effect of taurine on experimental nonalcoholic steatohepatitis.

Email ThisBlogThis!Share to TwitterShare to FacebookShare to Pinterest
Labels: NASH and Cholesterol part 3

At the ultrastructural level, electron microscopy was performed to assess the changes of mitochondria. Degenerative changes, including swelling, rounding up and loss of cristae were observed in the livers of HFD-fed rats. Impairment of mitochondria became increasingly severe as the rats were exposed to HFD (high fat diet = 2g cholesterol, 10g lard, 88g chow) for a longer period of time. Stacks of intramitochondrial para-crystalline inclusion bodies were noted in some mitochondria
http://www.ncbi.nlm.nih.gov/pmc/articles/PMC2946554/

One of the most common forms of liver disease worldwide is steatohepatitis, which encompasses both alcoholic (ASH) and nonalcoholic steatohepatitis (NASH). While the pathogenesis of these diseases are obviously different, they exhibit indistinguisable histological features and commom underlying mechanisms of disease progression that begin with hepatic steatosis. Although fat infiltration in these diseases is heterogenous consisting primarily of triglyceride, free fatty acids and cholesterol, recent studies have pointed to an emerging role for cholesterol, particularly in mitochondria, in the progression from steatosis to steatohepatitis as it sensitizes hepatocytes to inflammatory cytokines (e.g. TNF/Fas ligand) [45]. Moreover, massive triglyceride accumulation in the liver of transgenic mice overexpressing DGAT2 did not impair insulin sensitivity, a hallmark feature of NASH [46]. In addition, unchanged hepatic free fatty acids levels were reported in patients with NASH compared to healthy controls, while the degree of free cholesterol accumulation correlated with disease progression [47, 48]. The underlying mechanism for the sensitization of mitochondrial cholesterol-loaded hepatocytes to TNF/Fas and hence steatohepatitis involved the selective mGSH depletion, an outcome also observed in models of ASH [43, 45]. Two pieces of evidence supported this contention. First, the replenishment of mGSH by permeable precursors, such as GSH ethyl ester, protected mitochondrial cholesterol-loaded hepatocytes induced by alcohol feeding or genetic models against TNF/Fas-mediated cell death. Second, control hepatocytes selectively depleted of mGSH reproduced the sensitization to TNF/Fas observed in the nutritional and genetic models of hepatic steatosis characterized by cholesterol accumulation. In this paradigm, we have observed that mGSH depletion sensitizes to TNF/Fas by enhancing the mitochondrial generation of ROS via acidic sphingomyelinase-induced ceramide generation, without inactivation of NF-κB-dependent survival pathway [30]. Moreover, mGSH depletion potentiated TNF-induced cardiolipin peroxidation, which facilitated the permeabilizing activity of oligomerized BAX in the MOM (see below).

Hepatic cholesterol accumulation is driven by a deeply deranged cellular cholesterol homeostasis, characterized by elevated cholesterol synthesis and uptake from circulating lipoproteins and by a reduced cholesterol excretion.

George, this post belongs in the must-read category!!! even though all the acronyms showed me how ignorant i am, ;-) your points are beautifully clear!

Thanks Tess. I am descended from Scottish engineers and whenever a biomechanical explanation suggests itself as the solution of a medical problem I am very happy indeed.
An engineer is a scientist whose hypothesis can be conclusively proved or disproved. The bridge will either stand or fall. Thus I refute Popper.

LPS, TLR4 drives both NASH and atherosclerosis. HCV patients have 2x rate of carotid athersclerosis.
Probiotic was protective in this rodent model.

Hi George, these fellows are in NZ and you may know of them- one of their research subjects is mitochondria support in the Liver.
http://en.wikipedia.org/wiki/MitoQ

So in conclusion, when you take eating lots of grains and grain/legume-derived oils as an axiom of the western diet, eating low-fat and low-cholesterol is actually the smart thing to do :-)

That way your progression to crippling disease is at least slower.

Thanks, I didn't realise MitoQ had its own Wiki. They are using a "detergent" type molecule to deliver the Co-Q10, which seems potentially iffy and I'd like to know how it's metabolised (got rid of) afterwards, but nonetheless it seems to work.
Very thorough Wiki entry I'll spend some time reading!

MitoQ in action in hep C:

In this phase II study, we investigated the effect of oral mitoquinone on serum aminotransferases and HCV RNA levels in HCV-infected patients.
METHODS:
Thirty HCV patients who were either non-responders or unsuitable candidates for standard-of-care (pegylated interferon plus ribavirin) were randomized to receive mitoquinone (40 or 80 mg) or placebo once daily for 28 days, and serum aminotransferases and HCV RNA levels were measured.
RESULTS:
Both treatment groups showed significant decreases in absolute and percentage changes in serum alanine transaminase (ALT) from baseline to treatment day 28 (P<0.05). There was also a significant difference between incremental area under the curve for ALT between baseline and day 28 for the 40 mg treatment group against placebo (P<0.05). The differences in plasma ALT activity from baseline to day 28 in both mitoquinone groups compared with placebo did not reach significance (P>0.05). There was no change in HCV load on mitoquinone treatment.
CONCLUSIONS:
Administration of the mitochondria-targeted anti-oxidant mitoquinone significantly decreased plasma ALT and aspartate aminotransferase in patients with chronic HCV infection, and this suggests that mitoquinone may decrease necroinflammation in the liver in these patients. As mitochondrial oxidative damage contributes to many other chronic liver diseases, such as steatohepatitis, further studies using mitochondria-targeted anti-oxidants in HCV and other liver diseases are warranted.

If this rat study applies to humans - as I think it does - soy oil specifically elevates liver cholesterol, triglycerides, and lipotoxic NEFAs, when compared with both fish oil and lard.
http://suppversity.blogspot.co.nz/2013/08/high-fish-soy-lard-low-fat-diets-how-do.html
Rats fed soy oil (45% energy) had twice the liver cholesterol of rats fed fish oil or lard.

Suppversity concludes: "For me there are three messages to take away from this study. (1) The Slc:Wistar/ST rat could be a much better model to study the effects of high fat diets on human metabolism, than the regular rodents that are in fact actually selected for their high susceptibility to become obese on diets with 45% vs. just 11% of the energy in form of fat. (2) In a high fat diet scenario fish oil is the most effective way to keep the liver clean; the increase in body fat on the other hand is identical and the higher brown (=metabolically active) vs. white fat accumulation is probably irrelevant for humans. And what's more, if you take into consideration that all animals weighed the same at the end of the study, you just have to do the math to know that the "low fat rodents" were not just leaner, but also more muscular than their peers. (3) Lastly, there is the issue of omega-3 vs. omega-6 fatty acids where the comparison between the effects of lard and soybean oil do not contradict the importance of ratios, but still underline that the ratio interacts with the total PUFA (and omega-6) intake and that nothing compares to high soybean oil, when it comes to ruining your health deliberately."

Note that the cholesterol-rich lard diet elevated serum cholesterol more than the other oils (but only as much as a low-fat diet), but did not elevate liver cholesterol.
Which is, I think, what matters to us.
Identifying linoleic acid, not dietary cholesterol, as the nutrient immediately responsible for hepatic cholesterol accumulation, at least in this study.

Many people believe that gluten only causes a problem for people with gluten sensitivity or celiac disease. The fact is, gluten causes the tight junctions between intestinal cells to dissolve in everybody. The difference between people with celiac disease and people without celiac disease is that the tight junctions get repaired much more quickly in people without celiac disease, but this would be dependent on teh dosage ingested and the immune system of the person. As we age our ability to deal with this becomes impaired as our immune system weakens. Digestive enzymes also decrease with age and can make things that were not previously problematic an issue. In addition, being sedentary causes food to stay in the intestines longer. Since gluten cannot be broken down by humans, the likelihood of a problem arising increases with dosage, age, and sedentary behavior. This could perhaps be the link between both age and sedentary behavior with Type 2 Diabetes and/or heart disease.

This sounds about right. Trypsin inhibitors in grains and legumes increase the damage, and agglutinins prevent its repair.
In some cases the damage to the gut may not be obvious, but the reactive proteins go on to provoke reactions in other tissues; joints in arthritic reactions, the brain in schizophrenia or autism, the gall bladder, liver, pancreas, and so on.

@ Wout,
sorry your comment got spam-binned (unlike the real spam here), but yes, that is exactly how I read it.
I think dietary cholesterol is overlooked in the diet-heart hypothesis (another thing Ancel Keyes got wrong). I can see the point to avoiding it but would rather not, for nutritional reasons.
So I take taurine with meals instead.