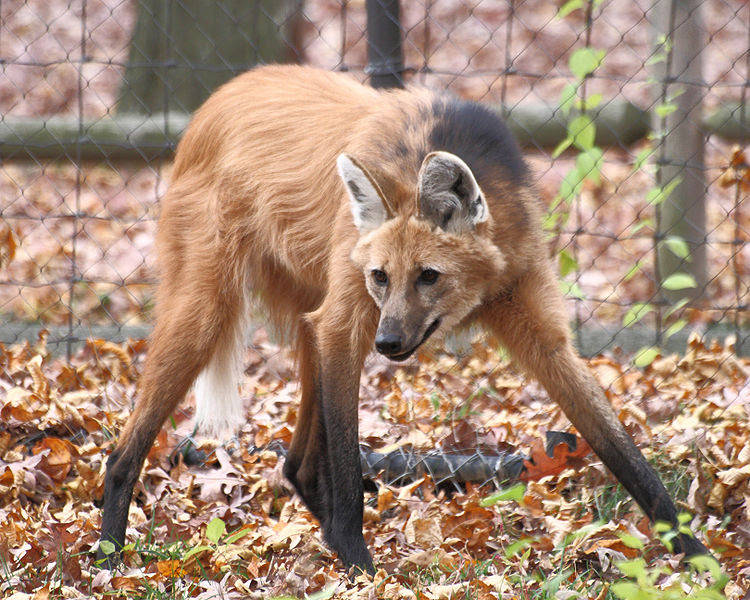 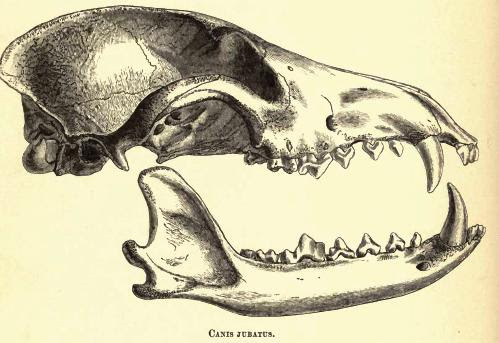 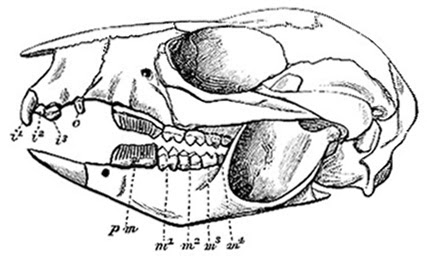 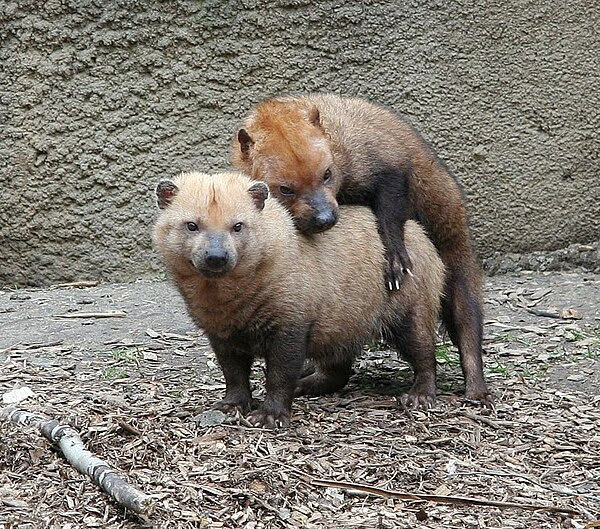 What is a Maori Ancestral Diet?

Grant Schofield, Professor of Public Health at AUT, has done brilliant work bringing LCHF science to the mainstream media in New Zealand. To someone like myself, who enjoys science best when the most cautious and rigorous approach delivers the most revolutionary findings, Prof Schofield's approach to publicity has been exemplary. I missed the interview where he said the LCHF approach would be best for Maori, but caught the response of Maori health provider Toi Tangata:

A public health specialist says Maori should go back to a pre-European diet to stop chronic diseases such as diabetes and cancer - advice disputed by a Maori health organisation.
Auckland University of Technology Professor of Public Health Grant Schofield believes Maori should revert to a diet that debunks a founding pillar of modern nutrition: that a healthy diet is low in fat.
"What Maori ate before Pakeha turned up was most likely a diet that was highish in fat, moderate in protein and relatively low in carbohydrate, and that's true across the whole Pacific region. And you can go and study people who are still eating that way, who are more or less disease free."
His diet plan has been met with a warning from Toi Tangata, a national Maori health provider, which says there's insufficient research to support it and goes on to call the suggestion "faddish and strange".
The health provider's nutritionist, Mason Ngawhika, says Maori could get dangerous mixed messages and think it's okay to eat large quantities of fatty foods without the required balance of fruit and vegetables.
He says the diet plan is too expensive for low-income Maori and such a large diet overhaul would result in too much willpower being required, ending with what nutritionists call the "what-the-hell-effect".
Despite its concerns, Toi Tangata says the diet could have benefits for people who have, or could develop, diabetes.

This response is not the ringing put-down it might seem at first. The last paragraph makes it obvious that Mason Ngawhika knows enough about LCHF diets for diabetes to accept the evidence for their effectiveness, and diabetic and pre-diabetic are descriptions that include a larger proportion of Maori than of Pakeha. For example, here Maori have many times the rate of diabetes complications compared to non-Maori.

Research into, and evidence for LCHF is accruing all the time; more importantly, its acceptance is no longer automatically blocked or ignored, the public increasingly expects it to be addressed properly, like the results of any valid science about the important subject of health.

The objections made by Mason Ngawika to Ancestral-type LCHF diets for Maori can also be seen as reasoned, and deserving of response.

The cost of any new diet is an issue for low-income earners, and adherence to dietary changes - especially those made by people acting for themselves - as well as perceptions of "strangeness" may be significant barriers in the context of Maori family life, where the generous sharing of kai (food) is tikanga (custom).

The concern about mixed messages around what are perceived fatty foods is also valid; we don't want to be giving deep-fried food the OK, and some people will always hear what they would like to hear from any message. Then, you just try changing their minds - you'll be accused of changing yours.

So there are significant obstacles against getting the right message across.

Here is a presentation which NZ Paleo nutritionist Julianne Taylor made to a Maori organisation last year on the benefits of ancestral diets.

We can run into a problem prescribing LCHF to Maori as ancestral; New Zealand had no native land mammals, so Maori, as Maori, cannot have eaten relatives of pig, sheep, cows, goats or deer. Coconuts, olives, avocadoes and other fatty fruits did not grow here.
Seal are protected and Moa are extinct; so should a modern equivalent of an ancestral Maori diet be based on chicken, fish and shellfish?
Well, no. The most current reliable evidence strongly indicates that initial settlement of New Zealand occurred around 1280CE at the end of the medieval warm period.

The ancestors of New Zealand Maori probably left coastal Asia around 4,000 years ago, well within the Neolithic period. Therefore, in terms of evolutionary adaptation the foods of coastal Asia and the Asian and Melanesian archipelagos are fully ancestral for Maori, and this includes pigs, deer, and buffalo (i.e. land mammals, including ruminant species). Coconut too.

When Europeans arrived in New Zealand, six introduced cultigens (cultivated plants that have no known wild ancestor) were being grown by Māori. They were:
The history book I read a while ago stated that Kumara, the main starch staple of Maori, was brought by later waka (large outrigger canoes used in oceanic migrations), giving the new arrivals ascendancy over the earlier settlers (Archaic or Moa Hunter), whose main food sources were becoming rare or extinct. I imagine all such claims are up for rebuttal, but it seems to me that only a people desperately short of food would consume bracken roots (aruhe - PDF). Most of the cultigens only grew well in Northland and the Bay of Plenty, yet Maori inhabited, or explored and exploited for its resources of food and craft materials, the whole length of New Zealand, including some offshore island groups. The use of bracken root, by both early Maori and my own Hibernean ancestors, illustrates to me that the need for starchy or sweet food is innate to most peoples, and that sources of carbohydrate in prehistory were often so poor that their caloric contribution to the diet cannot have been great, yet they were still prepared and eaten at considerable effort and some risk. Eating a high-fat diet from giant Moa would have been an easier proposition than eating a high-carb diet from bracken root. ("The British Royal Horticultural Society recommends against consumption of bracken either by humans or livestock, since it contains carcinogens linked with oesophageal and stomach cancer": probably not "safe starches" then.)

I'm not an expert in Maoritanga or in the foods of South-East Asia, but it seems to me that expanding our concept of Maori ancestral diet in this way will make it a lot easier to construct an affordable ancestral diet for modern urban Maori. I mean, that's something that's already being done, no need for my input there, but this expanded ancestral concept may make it easier to explain what's being done and is working already to uninformed skeptics of the Paleo method.

Starches in the form of kumara, and some sugars from berries and cabbage tree (a slightly nauseating, earthy-tasting, but satisfyingly sweet concoction) were definitely important to Maori, and one would restrict them, not because they are not ancestral, they plainly are, but because carbohydrate restriction is a medical solution for problems that ail Maori. Where these problems do not exist, or have been successfully resolved by carbohydrate restriction, traditional types of starches should not be a problem.
What ancestral Maori couldn't have eaten - grains. Interestingly in The Native Diet TV series on Maori TV, which experimented with Paleo diet and Crossfit training for urban Maori families (Julianne Taylor was a consultant for this enjoyable show), paraora (bread) was the food that participants found the hardest to go without - not alcohol, not sugar. This should give food for thought to dietary reformers of all stripes.

Usually I write these blog posts, even the long ones, in one session. So far this post has occupied three days, and I could spend longer at it, but really it's just a bookmark for some ideas.
Here is a traditional Maori recipe I often make myself, made with a minimum of ingredients, but a satisfying and nutritious meal nonetheless: 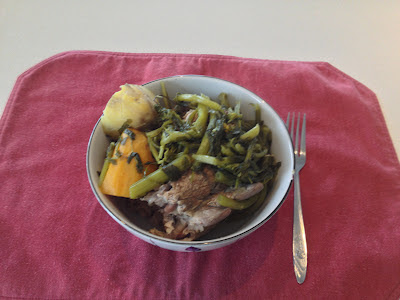 Take enough meat, bone in (a pork hock is good, beware of bacon hock which is too salty; pork chops work, a bit of lamb or beef would work but I haven't tried these). Cover with water, salt and boil it till tender (i.e. the meat begins to come away easily). Then add kumara (peeled, whole or big chucks), add whole small potatoes if you have kids to feed (you can separate these easily when serving), and half a cabbage in big pieces. Boil till the kumara is done and add chopped watercress. Serve when the potato and watercress is cooked.

(alternately, use this proper recipe!)