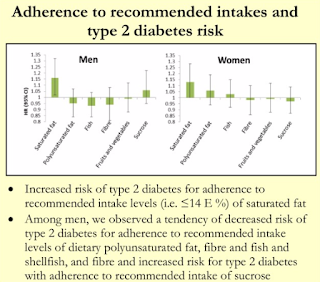 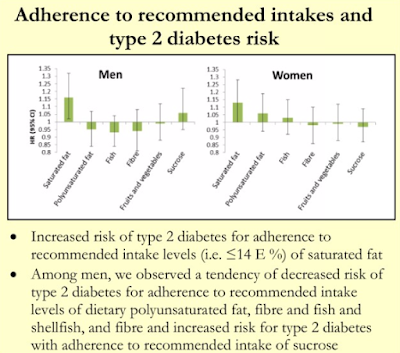 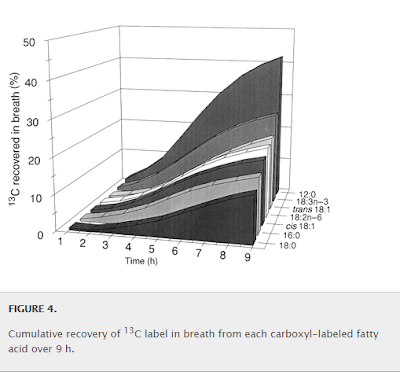 This Mendelian Randomisation - I think it does not mean what you think it means.


"LDL may or may not correlate to cardiovascular outcomes,”

In response to this, Tony Blakely, professor of public health, commented
"A note of caution on HDL. An important and massive analysis of many studies published in the Lancet in 2012 found no association of HDL with myocardial infarction (or heart attacks). This study used a genetic technique call Mendelian Randomisation, which strips away (in theory, and I believe in practice in this paper) all the confounding that plagues observational studies. Thus, it appears that it is LDL – not HDL – that has a causal association with coronary heart disease.
Reference: Voight BF, Peloso GM, Orho-Melander M, et al. Plasma HDL cholesterol and risk of myocardial infarction: a mendelian randomisation study. The Lancet 2012;380(9841):572-80 doi: 10.1016/s0140-6736(12)60312-2[published Online First: Epub Date]|."

At the time I thought fine, when the evidence runs against your hypothesis, invent a new statistical method that obscures the fact. Nothing to see here. Then a few weeks ago Bill Barendse tweeted a paper that used Mendelian Randomisation and Bill to put it mildly has expertise in the field of genetics, so I thought it might not hurt to look into this again.

Though I am doing so in a superficial way, using logic rather than any deep understanding of the genome, I want to question whether the idea that HDL is not causal in CVD, if it is true, should make any difference at all to how we interpret risk factors or the effect of dietary or lifestyle changes.

Mendelian Randomisation is a method for identifying drug targets. If people with X polymorphism have the same cardiovascular risk as everyone else, then there's not much point in developing a drug that targets X. Fair enough - drugs that elevate HDL by tweaking the enzymes associated with it have been a big disappointment.
The problem is, the cardioprotective association of HDL remains for all that. And, as for "all the confounding that plagues observational studies", HDL is measured directly, whereas LDL is calculated in diverse ways; and it's hard to see how confounding applies to blood tests in the sense that it applies to diet epidemiology. The examples here involve controlled conditions and short-term hard outcomes in secondary prevention. This is as good as it gets - high HDL is indeed a solid marker for cardioprotection and lots of other good things (albeit the HDL increase in response to alcohol probably weakens this in some populations). Does it matter whether the HDL particle itself is protective in a causal fashion? (and, if the particle that removes cholesterol from foam cells is really a dud, where does that leave the lipid hypothesis?)
Should we rely on LDL alone to assess cardiovascular risk? (TG isn't convincingly associated with risk in Mendelian Randomisation either) Well, not if we have those other CVD risk factors, insulin resistance or type 2 diabetes.

"When compared with IS, the IR and diabetes subgroups exhibited a two- to threefold increase in large VLDL particle concentrations (no change in medium or small VLDL), which produced an increase in serum triglycerides; a decrease in LDL size as a result of an increase in small and a reduction in large LDL subclasses, plus an increase in overall LDL particle concentration, which together led to no difference (IS versus IR) or a minimal difference (IS versus diabetes) in LDL cholesterol; and a decrease in large cardioprotective HDL combined with an increase in the small HDL subclass such that there was no net significant difference in HDL cholesterol. We conclude that 1) insulin resistance had profound effects on lipoprotein size and subclass particle concentrations for VLDL, LDL, and HDL when measured by NMR; 2) in type 2 diabetes, the lipoprotein subclass alterations are moderately exacerbated but can be attributed primarily to the underlying insulin resistance; and 3) these insulin resistance-induced changes in the NMR lipoprotein subclass profile predictably increase risk of cardiovascular disease but were not fully apparent in the conventional lipid panel."

("LDL may or may not correlate to cardiovascular outcomes")

Are there other interpretations of Mendelian Randomisation in the literature?

"Observed associations between serum CRP and insulin resistance, glycemia, and diabetes are likely to be noncausal. Inflammation may play a causal role via upstream effectors rather than the downstream marker CRP."

In other words, those markers that don’t have genetic links to the incidence of a condition should be considered as downstream effects of the true cause. A drug that blocks CRP synthesis won’t prevent diabetes (or any other inflammatory condition) – why should it? Most likely CRP is just doing its job, and things would not suddenly be brilliant if it was removed.
Let’s walk this idea back to lipids and CVD. The TG/HDL ratio isn’t determined by your lipid genes, it’s a downstream effect of dietary carbohydrate (non-genetic) and insulin resistance (genes linked to IR and hyperglycaemia do correspond to CVD). The association between LDL and cardiovascular risk is modified by carbohydrate which increases TG-rich VLDL, the end product of which is the small, dense LDL particle, which is cleared more slowly than larger LDL particles and is thus exposed to peroxidation. Another effect of having a high output of TG-rich VLDL being that HDL gets loaded with TGs and is cleared from circulation faster (hence high TG, low HDL). Half of your LDL-associated risk can be traced to genes (like ApoE4) which you can try to tweak with drugs if you like, and half belongs to Beta-apolipoprotein, sdLDL, oxLDL etc, which are modified by the carbohydrate factor. Saturated fat effects on VLDL and LDL may differ depending on the foods they are in or the other macronutrients , especially carbohydrate.

Your liver is downstream from your gut and has first pass at the nutrients you absorb there; its uptake of fats, sugars and proteins determines the triglycerides, cholesteryl esters, and apolipoptoteins the liver produces and its types of HDL and LDL species. Genetics has more influence on the LDL species than on the HDL or TG, and if you are insulin-resistant the effect of high-carbohydrate diet on HDL, TG-rich VLDL, and atherogenic LDL subspecies is magnified; this is the pathology that hyperlipidaemia, MetSyn, and diabetic lipid patterns have in common.

Another suggestion is that HDL functionality is the important variable. HDL functionality is increased by CLA in butter and ruminant fat, olive oil polyphenols,[1] and the action of vitamin E (found in nuts and vegetable oils and other sources of linoleic acid) on protein kinase-C.[2] As substitution of all fats for carbohydrates tends to raise HDL, there will be a correspondence between intake of natural fats, HDL, and HDL functionality. Polyphenols administered without fat reduce inflammation but do not increase HDL or HDL functionality.[3]

From a 2014 paper that failed to find a causal relationship between HDL and CVD:

The estimates of LDL-C from instrumental variable analysis showed that a long-term genetically increased LDL-C, regardless of the analytical strategy used (unrestricted, restricted, or unrestricted score plus sequential adjustments) resulted in an increased causal OR for CHD, which is similar in magnitude to that reported in randomized trials of statin-lowering therapies in individuals at low risk of vascular disease1 and is further evidence of the validity of our various analytical approaches.For triglycerides, the findings for the unrestricted and restricted allele scores were concordant, with both showing association with CHD. However, the unrestricted score adjusted for HDL-C diminished the association to null.This could mean that a treatment that targets a triglyceride pathway that has no effect on HDL-C may not be beneficial, whereas a treatment that targets a triglyceride pathway that both reduces triglycerides and increases HDL-C could have a role in prevention of CHD events. An alternative explanation is that HDL-C could mark long-term triglyceride concentrations, but this hypothesis requires further investigation.

Clearly, the complete implications of mendelian randomization for cardiovascular risk related to diet are far from clear.
But I'd putting money on this; these analyses don’t change the meanings of metabolic risk factors that are affected by diet and lifestyle, and if anything they support their usefulness as measures of improvement.

Email ThisBlogThis!Share to TwitterShare to FacebookShare to Pinterest
Labels: This Mendelian Randomisation - I think it does not mean what you think it means.
Newer Posts Older Posts Home
Subscribe to: Posts (Atom)