Mauritius - When the effects of saturated fat replacement failed to conform to the modelling, no-one cared.

There may be no country in the world in which a suggested limit on saturated fat has not been followed by a relatively rapid increase in the incidence of diabetes and obesity.

Of course this is a matter of observation not experiment, but so is most of the evidence that various dietary guidelines organizations have relied on over the years. 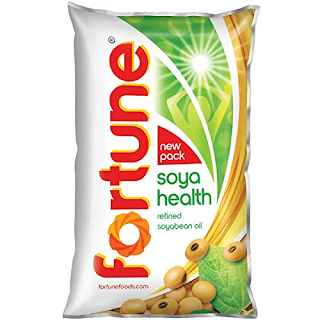 A particularly egregious case seems to have occurred in Mauritius, after the Mauritian Government changed the fat content of ration oil, a cheap cooking oil used by most of the population, by decree. In 1987 it had been 75-100% (median 87.5%) palm oil, with (by then) some soybean oil – overnight this was changed to 100% soybean oil. This change was based on predictions from the research of Ancel Keys into heart disease, in particular the 7 Countries study and the intervention in East Finland.

This took PUFA intakes (almost all linoleic acid) to 8.6%E for men and 8.8%E for women, and lowered SFA intakes to 7%E and 7.5%E respectively. These were, as reported, not high fat diets, and it may be relevant that Mauritius is a sugar-producing nation.[1,2]

5 years later, in 1992, researchers, including experts from Finland and the WHO, measured the changes in fat intake and cholesterol in the Mauritian population, focusing on Hindu Indians.

"In the 5-year survey of lipids and other biomarkers, mean population serum total cholesterol concentration fell appreciably from 5.55 mmol/l to 4.7 mmol/l (P<0.001). The prevalence of overweight or obesity increased, and the rates of glucose intolerance changed little."[1]

However, in a letter to the BMJ, N Chandrasekharan, a consultant chemical pathologist and Kalyana Sundram, senior research officer of the Palm Oil Research Institute of Malaysia disputed these findings -

"On the purported fall in serum cholesterol concentration from 5.7 mmol/l in 1987 to 4.6 mmol/l in 1992, it is not evident whether the samples were from the same subjects.

The data for 1992 on the per caput fat intake of 56.2 g per day based on a 24 hour dietary recall is a far cry from the 73.7 g reported by the Food and Agriculture Organisation. The figures for edible oil intake seem erroneous. In 1987 palm oil accounted for only 27.5% of the edible oils consumed and its saturated fatty acids contributed 1.89% of the total energy intake and this fell to 0.33% in 1992."[3]

However, we have previously found FAO fat consumption estimates to be unreliable, overestimating NZ butter consumption in recent years by a factor of 4. And Chandrasekharan and Sundram’s letter contains this statement:

"Although we are also concerned about the need to reduce the prevalence of non­communicable diseases in Mauritius, we disagree on the kind of simplistic thinking and draconian measures advocated."[3]

In other words, whatever the effect on fat intakes or cholesterol, the change was a radical one. It put more linoleic acid into the Mauritian food supply, and as in other places, the change in mandated fats would have been accompanied by voluntary changes along the same lines. We may doubt whether cholesterol levels changed, but not that people began to consume more soybean oil.

However, it seems unlikely that CVD went down – circulatory mortality as a percentage of mortality increased after 1987. [4]

Mauritius is now #2 in the world for diabetes mortality. However, a coding change in 2004 meant that much of what had been recorded as circulatory disease mortality was shifted to diabetes mortality. What we do know is that diabetes prevalence increased, as has incidence of pre-diabetes.

Note that this contradicts the 1992 claim – by some of the same authors – that “the rates of glucose intolerance changed little” between 1987 and 1992, a discordance not mentioned in the 2002 paper.[1]

The Mauritius fat change paper has been cited just 17 times in 25 years, and not one of the citing papers includes any follow up on the consequences of the change there. For example, an AHA paper mentions the Mauritius change in glowing terms without following up whether benefit or harm ensued, beyond the claimed 5-year drop in cholesterol.[7] Palm oil reduction was modelled for India in 2013, and a doubled palm oil tax has been implemented in Fiji since, all in papers citing the 1987-1992 Mauritius cholesterol drop.[8, 9]
But none follows that citation up with any hard outcomes.

Conversely, none of the papers on health in Mauritius since 1992, charting worsening trends, and in which the Finns still feature as authors, mentions the oil change of 1987. However, the earlier paper had contained a warning:[2]

"Whether the replacement of palm oil by soya bean oil, rich in n-6 polyunsaturated fatty acids, is the optimal dietary change may be questioned... the consumption of fats high in polyunsaturated fatty acids may lead to increased concentrations of free radicals and oxidised low-density lipoprotein, which may promote the progression of atherosclerosis. Therefore, notwithstanding the apparent success of the intervention in Mauritius, an oil high in monounsaturated fatty acids, such as olive oil or rapeseed oil, might be preferable if such an oil substitution were currently being planned."

It appears now that both saturated fat in the diet, and a low intake of omega 6 linoleic acid,  are beneficial in terms of the incorporation of the omega 3 fatty acids EPA and DHA into circulating lipids and cells.[10, 11, 12, 13] EPA in particular is anti-inflammatory, and is an approved drug for the prevention of CVD.[14]

"These observations indicate that the efficacy of n-3 fatty acids in reducing arachidonic acid level is dependent on the linoleic acid to saturated fatty acid ratio of the diet consumed."[11]

"The results suggest that dietary substitution of SFA with n-6PUFA, despite maintaining low levels of circulating cholesterol, hinders n-3PUFA incorporation into plasma and tissue lipids."[13]

The conversion of linoleic acid to arachidonic acid, and the peroxidation of arachidonic acid to aldehydes which interfere with insulin signaling, as well as its conversion to cannabinoids which increase adipocyte growth, in a context of decreased omega 3 availability from high LA and low SFA diet, are pathways that may explain the eventual adverse outcomes in Mauritius, especially in a population with high sugar availability.[15,16]

"Our recent finding that sucrose and other high glycemic index carbohydrates abrogate the antiobesity effect of n-3 PUFAs might, at least in part, provide an explanation to the apparent discrepancy between human and rodent intervention studies, and the lack of effect in some human trials. In addition to the amount and type of carbohydrates, the levels of n-6 PUFAs, linoleic acid in particular, in the background diet might influence the antiobesogenic effect of n-3 PUFAs."[15]

It seems that, in the matter of diet, public health experts cannot be relied on to investigate the possibility that they have made a mistake. They control the narrative so that a (questionable) historical change in cholesterol within a 5-year period is considered evidence that a lifetime intervention is valuable, yet a nation-wide worsening of hard endpoints after that intervention can be ignored. Certainly the diabetes disaster in Mauritius can have had many causes, but the possibility that the soya bean oil intervention was one of them has not even registered in the medical literature over a 30 year period, let alone been tested.

'Eating Ourselves Sick' for bringing this intervention to my attention.

Postscript: it will be obvious to students of evidence-based medicine that the quality of evidence used to create this argument has left much to be desired. With the exception of the date and intent of the intervention and the diabetes incidence data, nothing here tells us quite what we want to know. For example, circulatory disease as a percentage of mortality is a suggestive but imperfect measure, even before the coding change. So there will be those who read this article and feel justified in dismissing the need for it.
But I ask them to look at things another way - the data in this page is, to the best of my knowledge, the sum total of the published, peer-reviewed evidence on the subject. The Mauritius intervention - a legal disruption of the saturated fat supply to replace it with unsaturated fat within an entire community, in a way designed to target its most vulnerable members - has been the masturbation fantasy of a certain type of public health epidemiologist for as long as I can remember. There is a constant supply of peer-reviewed publications modelling the long-term effect of such an intervention on the putatively preventable causes of mortality, and there have been none directly investigating the impact on those causes in this case - where the long-planned intervention actually happened.
The reasons for this neglect are a matter for conjecture; we may hear future tales of suppressed data and publication bias as we did with the Sydney Heart Study and Minnesota Coronary Experiment studies (both of which also involved changes of fat products given to a population, rather than the less certain changes of mere advice given in most other diet-heart studies)[17] but the conclusion ought surely to be that the modelling should stop until the facts have been checked.