The role of silicon in health and disease - is this the whole grain deficiency syndrome? 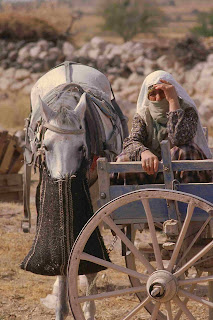 You can say what you like about whole grains, but their bran provides an excellent means of concentrating the element silicon from the soil in an absorbable form.
Silicon is required for the cross-linking of proteoglycans, the heavily glycosylated protein structures that give tissues as diverse as hair, nails, cartilage, bones, and aortas their resilience.
"The major biological function of proteoglycans derives from the physicochemical characteristics of the glycosaminoglycan component of the molecule, which provides hydration and swelling pressure to the tissue enabling it to withstand compressional forces."[1]

With this in mind, you'd think that conventional nutritionists would make more of whole grains as a source of silicon. Heck, you'd think they'd make something of it. But to do that would involve, first, acknowledging that silicon is an essential mineral in humans, which seems to have become one of those too-long-delayed "consensus" calls where no-one wants to be the odd one out. And secondly, it would involve recognising that fibre of the bran type may be conditionally beneficial for reasons that have nothing to with its effect on the microbiome, and that aren't specific to whole grains at all.

The advantage of considering the silicon hypothesis, for the whole grain nutritionist, is that it may provide an explanation for inconsistencies in the evidence for the fibre hypothesis, in that populations deficient in silicon from other sources may benefit from added fibre, while silicon-replete populations may not, and that grains grown in low-silicon soils may be less beneficial.

Klaus Schwarz (1914-1978 - he had discovered the essentiality of selenium in 1957) pioneered the study of silicon cross-linking in 1973.[2] In 1977, in The Lancet, after studying the association between the silicon content of drinking water in Finland with cardiovascular disease, Schwarz proposed that the silicon content of fibre was responsible for its correlation with cardiovascular disease.[3] Here's the abstract.

"A logical argument can be made for the hypothesis that lack of silicon may be an important aetiological factor in atherosclerosis. As silicic acid or its derivatives, silicon is essential for growth. It is found mainly in connective tissue, where it functions as a cross-linking agent. Unusually high amounts of bound silicon are present in the arterial wall, especially in the intima. Various kinds of dietary fibre have been reported to be effective in preventing experimental models of atherosclerosis, reducing cholesterol and blood-lipid levels, and binding bile acids in vitro. Exceptionally large amounts of silicon (1000 to 25 000 p.p.m.) were found in fibre products of greatly varying origin and chemical composition which were active in these tests. Inactive materials, such as different types of purified cellulose, contained only negligible quantities of the element. It is concluded that silicate-silicon may be the active agent in dietary fibre which affects the development of atherosclerosis. Two out of three samples of bran also had relatively low levels, which could explain why bran does not lower serum-cholesterol. The fact that atherosclerosis has a low incidence in less developed countries may be related to the availability of dietary silicon. Two instances are presented where silicon is reduced by industrial treatment: white flour and refined soy products were much lower in silicon than--their respective crude natural products. The chemical nature of silicon in different types of fibre is not known. It could exist as orthosilic acid, polymeric silicic acid, colloidal silica (opal), dense silica concentrations, or in the form of organically bound derivatives of silicic acid (silanolates). Possible mechanisms of action are discussed."

In a letter to the Lancet that same year, Schwarz and colleagues (including two researchers from the Finnish Heart Association) proposed that different levels of silicon in drinking water between West and East Finland are a factor in the different rates of heart disease between those populations.[4]
Water in West Finland had a silicon content of 7.73 +/- 0.53 mcg/ml (range 4.40-12.20), whereas water from East Finland had a silicon content of 4.80 +/- 0.27 mcg/ml (range 2.46-7.62). Schwarz's Finnish colleagues, as well as other Finnish researchers, found a similar difference in the magnesium and chromium content of the two water supplies, and that copper levels in East Finland were much higher than in the West.[5,6] CHD deaths in East Finland up to this period were about double those in the West, of course this difference was a subject of the famous 7 Countries study. We also know today that the rate of ApoE4 allele is significantly higher in the Eastern population.

The Finnish dietary change that is credited with reducing CHD incidence, most markedly in Eastern Finland, of course included an increased intake of whole grain fibre and bran, as well as the increased use of other foods grown outside Eastern Finland, as well as the reduced consumption of sugar and highly saturated animal fats. Food grown in New Zealand probably has a low silicon content due to the prevalence of volcanic rocks (for this reason New Zealand soil, like that of Eastern Finland, is very low in selenium, but unlike in Finland crop supplementation has not been used to correct this).[7] Data about silicon in New Zealand food or water is not available, but the silicon content of the water from volcanic lakes in New Zealand can be lower than 0.1 mcg/ml, too low to support diatomic life, which requires silicon to synthesise the frustule cell wall.[8]

I became interested in silicon while trying to understand why some people, but not others, on low carb grain-free diets report weak nails that break easily. Silicon supplements in the form of horsetail (equisetum) extracts, as well as collagen, are the usual recommendations, so what were the best dietary sources? Definitely grains. Oat bran comes out on top; of course, if you're not coeliac you can include this in low carb cooking. Bean pods (green or runner beans) are a good source. Spinach too. But as silicon is incorporated into cartilage and bone and recognised as essential for chicken growth, bone broth is a good source for carnivores, and as it supplies hydrolysed collagen probably also reduces silicon requirements. Beer is an excellent source, if you like low carb beer, as of course is mineral water.[9,10] Dandelion, nettle, oatstraw and horsetail are cheap herb teas very high in silicon.
As a general rule, hard water, and the hard parts of plants and animals, are where silicon is concentrated. Silicon is another line of evidence supporting the idea of bone and connective tissue as "animal fibre".

Are there any experimental tests of the idea? Silicon supplements definitely improve the resilience of hair and nails in humans.[11] In animals, silicon protects cholesterol-fed rabbits from atherosclerosis, but not cholesterol-fed ApoE knockout mice.[12,13] But - is there any evidence that fibre prevents atherosclerosis in such extreme models, apart from the effects of specific fibres such as chitosan on cholesterol absorption?

On reading Schwarz's papers and corresponding with him, Bassler wrote in a letter to the BMJ,[14]

"Our interest in the "Schwarz hypothesis"
was stimulated by his analysis of hair samples
from cardiac patients (unpublished observations).
We submitted samples from cardiac
patients, marathon runners, and patients who
were in exercise rehabilitation programmes.
Some cardiac patients who were disabled by
musculoskeletal injuries during training had
"very low" levels of hair silicon (under 4 ppm).
Normal levels were found in champion
marathon runners (over 20 ppm). Patients who
were supplementing their diets with bran and
alfalfa had elevated levels (up to 100 ppm).
These results suggest that silicon is the
"hard water factor" and the "food fibre
factor." We now advise cardiac patients to
increase their fibre intake until their stools
float. To date 102 cardiac patients have
"graduated" from rehabilitation programmes
by running 42 km.

What is interesting about this observation is that a normal barrier to exercise, susceptibility to connective tissue damage on running, appears to have been reduced by silicon supplementation.

We don't seem to know much more about silicon and CVD than we did in Schwarz's day; but we can be sure that CVD risk has decreased everywhere as the micronutrient content of the diet has improved, as non-seasonal and distant food sources have increased, which would be expected to improve silicon distribution, and as people have been encouraged to eat more whole foods; whereas, it is still high in individuals eating a high percentage of calories from nutrient-depleted foods such as sugar, flour, and oil.


Here's a Provisional Database of silicon in foods in UK Diet.[15]

[2] Schwarz K. A Bound Form of Silicon in Glycosaminoglycans and Polyuronides. Proceedings of the National Academy of Sciences of the United States of America. 1973;70(5):1608-1612.