This table is from Dr Malcolm Kendrick's latest blog post, which is about the possibility of a retrospective "publication bias" deleting findings that don't support the lipid hypothesis on certain websites. The data, from the European Heart Study 2008, has been tabulated by Dr Kendrick to show the correlation between saturated fat consumption and CHD mortality between countries.

What's striking is the big gap between the countries of the former Soviet Union and the Western European states (and, for some reason, Israel). France, with the lowest CHD mortality, has the world's highest per capita butter consumption, Switzerland is similar, and olive oil countries don't come out too badly either. The UK, with its chicken twizzlers, mars bars, and fish fingers, and Israel, with its combination of soy oil plus high tech medical care, don't come out quite so well.

The massive rate of CHD in former Soviet states is attributable to many things - industrial and agricultural pollution, smoking and alcohol, untreated chronic infections, overwork, malnutrition, higher birthrate, lower incomes (the US CHD rate in 2008 was 126 per 100,000 - this is both sexes, age adjusted, so not exactly comparable to Dr Kendrick's table; see here for more age-adjusted data and discussion). To look at the correlations between these things and CHD is enough to question the existence of any diet-heart link whatsoever. What significance does a RR of 1.17 have in a world where RRs of 11.13 exist?

If, however, we must look at these statistics in diet-heart terms, one thing stands out to this student of history. Russia is the world's oldest producer, and consumer of vegetable seed oils. The sunflower was brought to Europe by the Spanish around 1510, and were established in the Netherlands (then part of the Spanish Empire) soon after. Peter the Great then brought the sunflower to Russia after his visit to the Netherlands in 1698. In 1716 a patent was granted in Great Britain for a method of extracting oil from sunflower seeds, and during the 1840s the Tsarist government of Russia began the manufacture of sunflower oil on an industrial scale.
Because the Lent restrictions of the Russian Orthodox Church forbade the consumption of fat, this seemed like a good idea at the time (once again the ascetic impulse will be the driver for a dietary change later to be justified and entrenched by theories about health).
The Great Soviet Encyclopaedia of 1979 naturally downplays the Tsarist achievement.

There were about 10,000 small vegetable oil and fat production shops and about 400 licensed, poorly equipped oil and fat plants in tsarist Russia. The vegetable oil output in 1913 was 538,000 tons; in addition, the equivalent of 192,000 tons of soap was produced (figured at a 40-percent fatty-acid content).

Under Soviet power, the vegetable oil and fat industry has become one of the major sectors of the food-processing industry, relying on advanced technology and a stable raw materials base. There are enterprises of the vegetable oil and fat industry in all of the Union republics. The largest are combines in Krasnodar, Moscow, Tashkent, Dushanbe, Irkutsk, Saratov, Kirovabad, Sverdlovsk, Gomel’, and Kazan, which account for 45 percent of the USSR’s total output of vegetable oil, about 65 percent of its margarine, and more than 75 percent of its soap and detergents.

Owing to the increase in agricultural production, state purchases of oil-yielding crops in 1972 were twice the 1940 figure. The oil content of sunflower seeds, which account for 50 percent of all seeds processed by industry, has risen significantly. The material and technical basis for the vegetable oil and fat industry has grown. Production capacities for processing oil-yielding seeds have been increased primarily by modernizing existing extraction plants and building new ones. Introduction of the extraction method of processing oil-yielding seeds has made it possible to increase labor productivity, mechanize and automate production processes, and sharply increase the oil output from raw materials (see Table 2).

The proportion of oil-yielding raw materials processed by progressive extraction methods increased from 9.9 percent in 1940 to 81 percent in 1972.

Production in the margarine and soap industries is fully mechanized.

And so on - the communist love of boring statistics was useful after all.
But wait - there's more. If the Tsars boosted the seed oil industry, the Bolsheviks, for political reasons, destroyed whatever dairy industry there was in Russia during their genocidal campaign against the "kulaks", which they defined as any farmer rich enough to own a cow, plus anyone they didn't like or who opposed their seizures of food, summary executions, and so on.
To destroy the dairy farmers they needed a substitute - so Soviet Russia, beginning in the 1920s, became the first large scale producer of soy products. The USSR was the first nation in Europe and the second nation in the Western world (after the USA) to become a major producer of soybeans. Soybean production, which reached significant levels in the mid-1920s, rose to a remarkable peak of 283,000 tonnes in 1931, but had fallen back to a low of 54,000 tonnes in 1935, after which it increased steadily. At the time of this peak, starting in 1931, the USSR built a large Soybean Research Institute in Moscow, attracted some of the top soybean and soyfoods researchers from western Europe (Rouest, Berczeller), and did extensive soyfoods research, focusing on soymilk and tofu, during the early 1930s.

So by any utopian diet-heart, lipid hypothesis theory of history, those former Soviet states should have had CDH beat years ago.
By the test of reality, on the other hand, you would be better off living in France on butter, cheese, cream and, hey, if you like it why not, olive oil.

Who put the Fox in charge of the Henhouse? Dirty Politics contaminates the food supply.

Those of my readers from outside New Zealand might be interested in this local story. Especially you Australians. 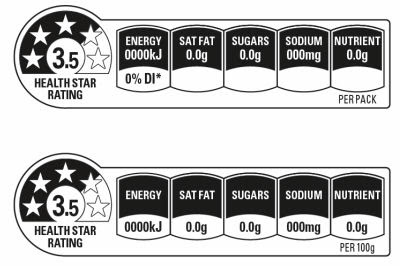 It starts here:
Katherine Rich, a former National party MP, now the chief executive of the New Zealand Food and Grocery Council, an industry lobby group, is on the advisory board responsible for the health star rating system. For some reason the N.Z. Government takes the position that we can only counter diet-related ill health by paying the food industry to do something about it on their own terms.

This kind of assumes some basic honesty and interest in science on their part. Instead, we get this:

Katherine Rich, in her role as pretend responsible person working with government (and presumably collecting pay for that), can't attack the anti-sugar lobby as virulently as she'd like, so hires blogger Cameron Slater (wide following, no morals) to do it for her.

Meanwhile, she's on the board overseeing the Health Star food labeling system, which is more industry reps (Unilever, Nestles, etc.) than scientists. As wikipedia says:

Emails leaked to political writer Nicky Hager claim that Rich, in her role as Chief Executive of the Food and Grocery Council, has while on the board of the Health Promotion Agency (a Crown entity) fed prominent blogger, Cameron Slater, with posts that denigrate individuals in academia and the media who report on news or support health initiatives inimical to the interests of the food, alcohol, tobacco and soft drink industries. The posts have been published as if by Slater himself on his blog Whale Oil Beef Hooked as recently as February 2014.
Here is Whale Oil's "soft drink" archive, if you want to see what your tax dollars have been paying for.  These are the people our government thinks it can work with.
Actually, Slater is someone the National Government already works with; the bigger fish of the Whale Oil saga are the Prime Minister (or his office, no-one's sure how much he even knows what's going on), and the Justice Minister, Slater's closest friend in power, who has already fallen on her sword. The Katherine Rich Health Star business is a minor part of the scandal to most people.
Here's what she paid Slater to say about the soda tax:

The question is rather clumsy. Imagine the result if they had asked “Do you think it is a good idea to tax ALL Kiwis with a sugar tax, increasing food and drink prices across the board, when it is only fat bastards who should be taxed?”.

These are the people our government puts in charge of your health when you shop.
Blogger the Jackal has the wider story and a link to the emails here.
Direct download here: http://wikisend.com/download/519750/Katherine%20Rich.zip

Slater is in the tradition of the scurrilous and venal Restoration pamphleteer, selling spicy stories about the enemies of his patrons. He's kind of admirable in his whole-hearted and public commitment to turpitude. And sometimes the Slater/Graham/Rich hydra comes up with lines like:

So long as the health nazis promote the food pyramid that is heavy on carbohydrates and low on proteins then we will continue to get fatter, especially if we don't exercise to burn those calorie loadings. Taxing sugars and fats won’t work.

Nice try, but it still doesn't buy my trust.
P.S. Katherine Rich is also on the Health Promotion Agency board. This is more balanced than the Health Star food labeling board, on the HPA board Rich is the only industry rep. And AUT's own Grant Schofield is on the HPA board. Should make for interesting meetings.
Posted by Puddleg at 18:36 4 comments: