A catch-all round-up grab-bag of stuff

The situation is further complicated by the fact that carbon from linoleic acid goes into the synthesis of other lipids - including cholesterol and palmitate. And this is consistent with another feature of NAFLD - increased rates of lipolysis and DNL, and a 2x greater flux through the TCA cycle, futile cycling which does not clear the liver of fat, but rearranges lipid carbon instead. We might hypothesise that the linoleic acid is potentially so destabilising that any excess automatically goes to make more rigid lipids, but that where there are insufficient factors to neutralise these lipids (such as taurine or CYP esterification pathways for free cholesterol, or oleic acid to promote the inclusion of palmitate in triglycerides - interesting sideline here is that high-oleic acid diets might encourage the "safe" and stable form of fatty liver), or to oxidise them (because of preoccupation with oxidising carbohydrate), they accumulate in the toxic free state. We might also observe that diets very rich in both cholesterol and linoleate are quite rare in nature, omnivores tend to substitute nuts and seeds for meat when either is less available.

But perhaps the problem does not lie with nuts and seeds at all. Perhaps, in the case of humans, who probably don't consume large amounts of soy or corn oil except in cooking, the problem is with peroxides from heated linoleate - what Bill Lagakos called "molested fats".
Finally someone has sought to answer the question of what these peroxides might do to the liver.
I don't have full-text access yet but luckily the Journal of Hepatology provides both abstract and editorial comment:

Obesity and hepatic steatosis are frequently associated with the development of a non-alcoholic steatohepatitis (NASH). The mechanisms driving progression of a non-inflamed steatosis to NASH are largely unknown. Here, we investigated whether ingestion of peroxidized lipids, as being present in Western style diet, triggers the development of hepatic inflammation.

days. In a separate approach, hepatocytes (HC), endothelial (EC) and Kupffer cells (KC) were isolated from untreated livers, cultured, and incubated with peroxidized linoleic acid (LOOH; linoleic acid (LH) being the main fatty acid in corn oil). Samples obtained from in vivo and in vitro studies were mainly investigated by qRT-PCR and biochemical determinations of lipid peroxidation products.

These data show for the first time that ingestion of peroxidized fatty acids carries a considerable pro-inflammatory stimulus into the body which reaches the liver and may trigger the development of hepatic inflammation.

edit: from the fulltext (Thanks Bill):The present data suggest that the ingestion of peroxidized linoleic acid is much more effective than the unperoxidized form in evoking pro-oxidant and pro-inﬂammatory processes in the liver, i.e., native linoleic acid induced shedding of TNFa from the cell surface but failed to signiﬁcantly alter intracellular mRNA levels of classical pro-oxidant and pro-inﬂammatory genes. According to these ﬁndings, it has to be considered that increased uptake of lipid peroxidation products, as occurring with unhealthy eating habits, may contribute considerably to the generation of sparks igniting hepatic inﬂammation. Thus, further studies in humans are urgently required to check for a causal link between ingestion of lipid peroxides and emergence of NASH.
(Comment; knowing how significant the effect of unheated corn oil is already in animal liver inflammation models, this is some interesting news. Consider the pork-cirrhosis link again; pork is not only high in both cholesterol and linoleic acid, it needs to be eaten well-cooked)

So this allows us to construct a likely hierarchy of linoleate sources; best are nuts and seeds, next best are 11% oils like olive oil, more harmful are oils like rice bran and canola, worse still are soy, corn, sunflower and safflower oil, and worst of all? French fries and fish and chips, donuts and baked goods, and so on.

Just to prove that food quality matters in the care of chronic hepatitis C, here's a study that shows that even a low-fat diet, or a (somewhat) calorie-restricted diet, will produce some benefit in over-weight Hep C patients if food quality and exercise are put first; increased intake of olive oil, nuts, vegetables, fruit, wholegrains, increased exercise, and decreased intake of refined and processed carbohydrate, limited cholesterol and saturated fat. Which in the context of the Bulgarian diet might have meant less fried food.

I think you would get these results quicker with a low-carb diet if you paid as much attention to food quality and exercise, and you would see more benefits in terms of quality of life and extrahepatic syndromes, but the important thing is that food quality trumps all, and even makes calorie restriction and fat restriction tolerable (if it was as great as reported). 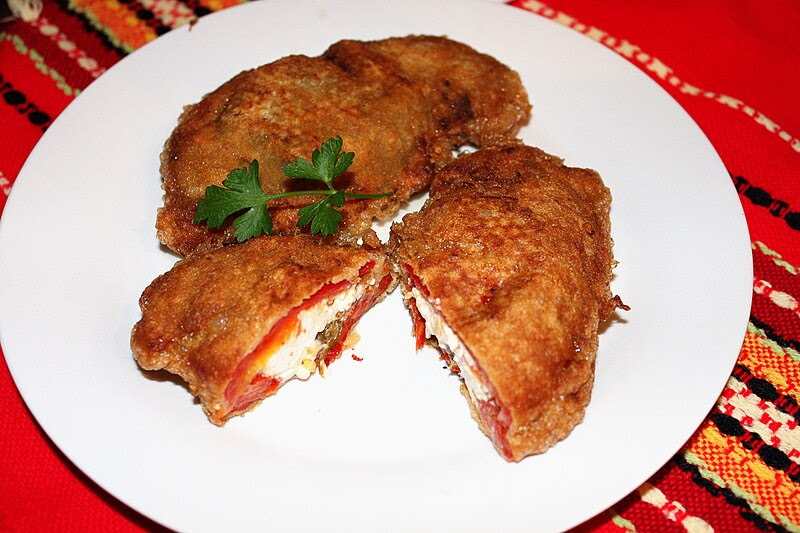 Lastly, a long-overdue link to It'sthewooo's probiotic series. Part 1 Part 2 Part 3 I recommend taking probiotics, but I haven't gone into the details much because I see it as something of a personal quest and complicated. Reading someone else's honest description of their findings is a good way to prepare yourself, or compare your results, and Woo is the model of a reliable guide here. And generally a most interesting and entertaining blogger. Someone faulted Woo for not providing many references for her claims, I considered this, and actually couldn't remember a time when she'd been wrong about some statement of medical nous. People can and should do their own research, links are a courtesy, when you're say, a nurse like Woo, and have to know stuff because you've been taught it, and see the truth of it every day, pulling up references for everything is a little infra dig.
If I don't give a link for everything, look it up yourself and prove me wrong. And where I do give a reference, that may be mistaken anyway, or misinterpreted by me, so people who really want to engage with the science, should develop the habit of questioning it. Anyone worth listening to and still engaged in learning is modifying their opinion all the time.

Email ThisBlogThis!Share to TwitterShare to FacebookShare to Pinterest
Labels: NASH and Cholesterol part 5

From this paper: "Hepatic cholesterol accumulation is driven by a deeply deranged cellular cholesterol homeostasis, characterized by elevated cholesterol synthesis and uptake from circulating lipoproteins and by a reduced cholesterol excretion."
This is what happens when simple fatty liver becomes NASH, with progression of fibrosis and cirrhosis.

The first part of that is based on the mechanical function of cholesterol as a membrane-stabilising agent . Extra PUFA in cell membranes demands extra cholesterol be produced by, and much retained by, the liver. Serum cholesterol may go down (the supposed "good" result), but the NASH example shows that serum cholesterol readings are in fact a very weak and misleading indicator of intracellular disease processes involving cholesterol.
You can have "low cholesterol" while accumulating cholesterol is killing you in a much more sure and certain way than via any "lipid hypothesis" mechanism, and this might also apply to cells outside the liver in the presence of fatty liver disease.

The excellent Suppversity blog yesterday analysed a recent paper that shows this happening with regard to the feeding of soy oil to Wistar rats.
http://suppversity.blogspot.co.nz/2013/08/high-fish-soy-lard-low-fat-diets-how-do.html

Compared to lard-fed rats, or low-fat rats, the soy oil-fed rats had slightly lower serum cholesterol. As we tend to see in humans. But hepatic cholesterol was doubled (even though lard is a source of dietary cholesterol, and soy oil isn't). Hepatic NEFA (non-esterified fatty acids) were also doubled. This is a sure sign of trouble, more so than the elevated liver triglycerides.

(Picture borrowed from Suppversity blog and based on Hashimoto et al. 2013)

The other interesting thing was the generally beneficial picture seen with fish-oil feeding. Combined with alcohol, fish oil is deadly to the liver. Granted the fish oil effects were extreme, reflecting the enormous dosage, and perhaps undesirable in other ways, such as depressed immunity, but fish oil wasn't causing fatty liver or predisposing to NASH in this model.

It's all about omega 6. And, I suspect, about linoleate, not arachidonic acid.
This was 45% energy from soy oil, which (edit) was about 50% linoleate (a bottle I saw today was 58% PUFA). If your hepatic cholesterol is increased, and you also eat foods high in cholesterol, the liver isn't going to cope with that extra cholesterol, is it? It's already struggling with its own production.

So the very "food" you consume to help with your imagined cholesterol problem can be causing a very real and lethal cholesterol problem. Unless that food is fish. Or nuts, for a different, complicated and somewhat obscure reason, probably not much to do with linoleate.
Posted by Puddleg at 13:30 10 comments: