Another Reason why the Lipid Hypothesis is Bunk

The lipid hypothesis, as evry fule kno, predicts that eating saturated fat causes elevation of serum cholesterol or LDL which then plays a causal role in cardiovascular heart disease. How or why no-one knows but the feeling out there is that saturated fat causes bad cholesterol and heart disease. The notion is, as they say, entrenched; it is a meme more widely believed now than any religious dogma.

Unlike the unknowable nature of God, the lipid hypothesis can be disproved by multiple lines of evidence. Here is one.

“As an example from one of the hardest animal fats, approximately only 27% of tallow from pasture-fed beef is cholesterol-increasing saturated fatty acid (CISFA) (Yang et al. 1999b), i.e. chain length of 12–16 carbons, and which would raise serum cholesterol, 1% is polyunsaturated, ~4% is conjugated linoleic acid (CLA), and the rest is either MUFA or is the saturated fatty acid (SFA) stearic acid that causes the same effect on total serum cholesterol (TSC) as MUFA (Keys et al. 1965; Grande et al. 1970; Bonanome and Grundy 1988; Tholstrup et al. 1994a, 1994b; de Roos et al. 2001; Mensink et al. 2003). By comparison, in butter from pasture-fed cows, 42% of the fat is CISFA (Couvreur et al. 2006) and would raise serum cholesterol despite butter having a total of more than 60% SFA.”
(FYI, butter also supplies twice as much cholesterol as tallow.) 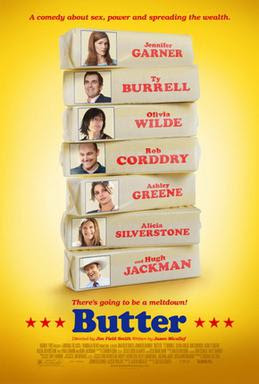 Therefore, if the lipid hypothesis were true, we would expect butter and other forms of dairy fat (of which butter is merely the concentrate) to cause, or at least be associated with, more heart disease than meat fat, especially considering that most meat fat is less saturated than tallow.

To the contrary, the 2012 epidemiological analysis, Dietary intake of saturated fat by food source and incident cardiovascular disease: the Multi-Ethnic Study of Atherosclerosis, one of the few studies to separate saturated fats according to their dietary sources, found a strong protective (inverse) association between dairy fat and CVD, and a weaker positive association with the less saturated fat from meat, across a multi-ethnic population (this ruling out the possibility of the results being unduly influenced by genetic factors);

“When we evaluated risk across quintiles of SF consumption from each food source, a significant inverse association was seen for dairy SF [HR (95% CI) for extreme quintiles: 0.56 (0.38, 0.82); P-trend = 0.01], whereas meat SF was not statistically significantly associated with risk [HR (95% CI) for extreme quintiles: 1.40 (0.94, 2.08); P-trend = 0.12] (Figure 1). Butter and plant sources of SF were not associated with CVD risk, but ranges of SF consumption from these sources were quite narrow, which limited our ability to detect differences in risk across quintiles.”
“In sensitivity analyses in which angina was excluded from CVD endpoints, inverse associations of total, dairy, and plant SF with hard CVD were somewhat stronger, whereas the positive association of meat SF with hard CVD was slightly attenuated (data not shown).”

In case it is thought that the sample size in the MESA study (5,209) was too small, it is a common finding that dairy fat is either not, or is inversely, associated with CVD incidence.

An argument could be made that some factor associated with dairy fat, such as (hypothetically) calcium, reverses the harmful effect of saturated fat. If such were in fact the case, how nugatory would that harmfulness then need to be? 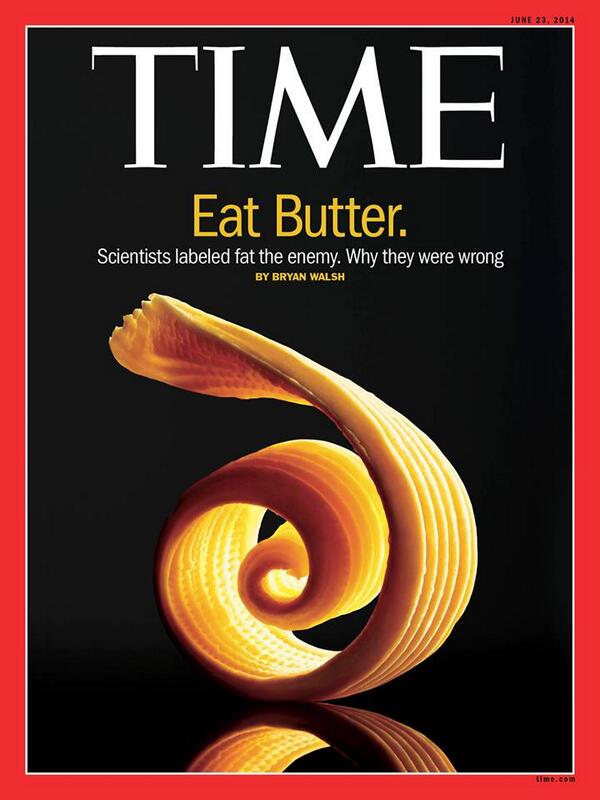 There may be things that raise cholesterol and that are associated with CVD. Industrial trans fatty acids seem to meet this case, as well as various organic toxins and heavy metals that are not fatty acids, and that are likely to be bad for you quite independently of any perturbations of your lipids. Sugar and high-GI starches are other potential candidates, which takes us into the intricacies of lipoprotein classes beyond the cartoon characters of cholesterol and LDL. There are also bound to be fatty acids, as well as other factors, which can increase CVD risk while lowering cholesterol. There have certainly been enough trials of cholesterol-lowering drugs, and cholesterol-lowering diets, where more people have died in the treated group, and sometimes died with lower cholesterol.


Yet people still believe this thing. It is nonsense. There are other things that better deserve the energy that has been poured into making people worry about saturated fat, and about the influence of dietary fats on cholesterol. The lipid hypothesis, and consequent pious attempts to respect or enforce the magical 10% saturated fat limit, have had a mischievous influence over the modern diet. Belief in it has not made us, in the majority, healthy, wealthy, or wise. It has made us saturate our bodies in polyunsaturated fats without considering whether they are omega 6 or omega 3, cis or trans, oxidised or unoxidised, or how far they are in fact necessary, or whether they bring anything in the way of nutrition to the diet to make up for the choline, carotenoids, cholesterol, retinol, menaquinone, and cholecalciferol we miss out on by not eating as much butter or fatty animal parts as our ancestors did. We have been fools, and we are making our society sick. It is time to stop.

Email ThisBlogThis!Share to TwitterShare to FacebookShare to Pinterest
Labels: Lipid Hypothesis is Bunk

Outstanding, George. Thanks for the links. Colour me shocked that someone at the CSIRO is going against mainstream.

this stoopid has been thick online today, but your blog is an island -- thank you, George! :-)

the big problem is that they still associate high Cholesterol with Atherosclerosis and heart attacks...

Cholesterol is the repair molecule... and is found at the scene of the crime ie. in the plaques... by that logic, ambulances would be associated with causing car crashes because when you look at a crash site, there's almost always an ambulance there on the scene...

Cholesterol is absolutely essential to life... that's why we make it in our own bodies.

The regulation of cholesterol by cells is a critical process because cholesterol is a) so important b) impossible to metabolise like most lipids (any excess must be conjugated, transported, and excreted). So I can understand why it is considered a factor in disease; howver, serum levels of lipoproteins are misleading guides to what cholesterol is doing in tissues.
In particular, using oils high in linoleic acid to lower LDL ignores the fact that linoleic acid must be turned into cholesterol in the liver (22% in rat liver), and perhaps in some other cells that take it up and thus increases the total amount of cholesterol in the body.
The liver has LDL receptors, these are increased by linoleic acid, but macrophages and vascular endothelial cells also have LDL receptors, and these are the exact cells that, according to the lipid hypothesis, we DON'T want full of cholesterol. Those LDL receptors are stimulated to take up LDL by oxidtion, and oxidation is a property of LDL that's high in linoleic acid.
So, it's possible to lower LDL by forcing it to go exactly where we don't want it going.

"The liver has LDL receptors, these are increased by linoleic acid, but macrophages and vascular endothelial cells also have LDL receptors, and these are the exact cells that, according to the lipid hypothesis, we DON'T want full of cholesterol"

Seeing how cholesterol is fundamental to surviving acute infections one would like to think that it would've clued researchers into the risks of shot-gun cholesterol reductions across the board in terms of endothelial macrophage presence...but nooooo.

...because of the concomitant absence of dietary alpha-linolenate, essential fatty acid deficiency is a seriously flawed model that has probably led to significantly overestimating linoleate requirements. Linoleate and alpha-linolenate are more rapidly beta-oxidized and less easily replaced in tissue lipids than the common 'non-essential' fatty acids (palmitate, stearate, oleate). Carbon from linoleate and alpha-linolenate is recycled into palmitate and cholesterol in amounts frequently exceeding that used to make long chain polyunsaturates. These observations represent several problems with the concept of 'essential fatty acid', a term that connotes a more protected and important fatty acid than those which can be made endogenously. The metabolism of essential and non-essential fatty acids is clearly much more interconnected than previously understood.
http://www.ncbi.nlm.nih.gov/pubmed/14559071/

Excellent post, thanks George. The Danish scientist Arstrup visited Massey recently. His research on the blood pressure lowering properties of (particularly) fermented but also general dairy was fascinating. Even if his trip and research was part funded by Fonterra! I'm sure you have some gems on this topic?

Thanks Andrew, I have a folder full of dairy fat research now. Conventional dietetics has calcium and protein as the glamorous parts of milk, but it's amazing how many weird little fats like CLA (~4%) there are in dairy, that exert strange and unexplored effects; CLA stimulating detoxification pathways in the gut immune system and lowering sensitivity to gliadin (gluten) is one I came across on Edward J Edmond's blog.
He knows even more about it than I do, and I worry that I know too much. http://edwardjedmonds.com/conjugated-linoleic-acid-protects-against-gliadin-induced-depletion-of-intestinal-defenses/

These things are like lipid versions of the plant antioxidants people rave about, like resveratrol, curcumin, silymarin. Which will make butter a superfood once the market gets a grasp on its potential, oh dear.

Jesus George! We've got it... All we need to do now is enroll Dr Oz as the voice and begin repackaging NZ butter with carefully worded claims and a tripled price tag!!