A Reading List, and I Shill for a New Cookbook


It's been a time for reading lists; in lockdown I enjoyed discovering the books of T.H. White (The Goshawk and The Age of Scandal) and Evan S. Connell (Mrs Bridges) and reading Hillary Mantel's memoir (Giving Up the Ghost).
Sam Kriss also has a great reading list in Damage magazine, which features some of the best political writing I've read in ages - kind of a Leftist Spectator, if you get my drift, i.e. an honest journal, in a time when honesty is a rare and dangerous thing.

This is a reading list I compiled for PreKure a while back, of books most worth reading if you're interested in the nutrition-and-health ideas this blog has covered over the years.

This was one of the first “Paleo” books I read and, in my opinion, still one of the best. There are all sorts of sensible ideas, lots of references, and it’s not exclusively low carb. Some of their theoretical objections to keto diets haven’t come to much, and can be taken with a grain of salt, but there’s so much of value here to compensate. As far as population health goes, this is a clever and coherent interpretation of the evidence.

This amusing 1950’s British detective story is a “research thriller”. The action, such as it is, takes place in a hospital bed as an injured detective sends his friends to libraries in search of the evidence in the case of a well-known historical mystery. Tey’s genius, and the lasting appeal of this book (Christopher Hitchens called it one of the most important ever written) is to show us how the most cherished received beliefs can be based – if we look closely – on lies and hearsay, the suppression of evidence, and self-serving propaganda. (*cough* saturated fat *cough*) And when Tey’s detective comes around to her alternative hypothesis, he oversells it – we suspect the author’s bias by now, and already know the evidence is too corrupt to accept; so its very flaws help to make this book perfect. If you want to inoculate young adults against fake news without getting mired in any modern controversies, convince them to read The Daughter of Time.


Foods of the Foreign Born in Relation to Health, Bertha M. Wood, 1922

Wood was a US dietitian and wrote this book at a time when the US was receiving migrants and refugees from all over Europe, as well as Mexico and the Middle East; some had brought political terrorism with them, xenophobia was if anything more extreme than it is today, and in this climate Wood wanted to familiarise nursing and dietetic students with the variety of immigrant diets so that they could help these populations in what we would today call a culturally appropriate manner. Thanks to her research we can learn about the real Mediterranean diets of 100 years ago, and that Hungarians gave children whiskey instead of milk on their cereal. A feature of this book is that Wood tells us how to adapt each population’s diet for diabetics by removing the starchy carbs. Foods of the Foreign Born is available free online at https://archive.org/details/foodsforeignbor00woodgoog/page/n6

This is a second-hand biochemistry textbook. I recommend older editions like this, which you can sometimes find in op shops, because they give less space to the biochemistry of the genome, which isn’t useful information if you’re interested in nutrition, and thus have more nuts-and-bolts detail than whatever they’re selling today. It also says on page 841 that “Adult onset diabetes can often be controlled by dietary restriction of carbohydrate”. Only experts in biochemistry were allowed to tell us something that simple and true in 2000 - the rest of the world back then only cared about saturated fat and felt that the Mediterranean Diet was quite daring.
This book is, amongst other things, your essential guide to what functions vitamins and minerals really perform in the body. Disclaimer – I understand few of the many mathematical formulas in this book that are an essential part of a real biochemistry education, but enjoyed this book nonetheless, making especial use of the index.


The Meat Fix: How a Lifetime of Healthy Living Nearly Killed Me! John Nicholson, 2012

This is a light, funny read by a UK sports journalist who wrecked his gut and metabolic health by trying to be a good vegetarian. I recommend it as a consumer’s eye view of the path many are on today, and also an insight into what popular low-carb science looks like to an ordinary convert – a bit pseudoscientific from our perspective, but still thoroughly effective.


And, of course, The Big Fat Surprise (Nina Teicholz) and Why We Get Fat (Gary Taubes) – these are the books that best explain how we got to where we are today.


Now, I've never run advertising on this blog. I did try at one stage, when I ran out of money, but Google weren't interested. Their loss, my escape.

However, given a chance to sell out in a good cause, in a time when paid work ain't what it used to be, I've leapt at it.

Ally Houston from PaleoCanteen has written "Low Carb on a Budget" with chef John Meechan and this is the book I've long meant to write but never had time for.
Lower income people are most likely to suffer from the conditions for which low carb is the specific cure, from metabolic syndrome to obesity to type 2 diabetes to depression, anxiety and chronic pain.
Yet low-carb cookbooks are often written by foodies and include a wide variety of expensive, hard to find, and - not to put too fine a point on it - unnecessary - ingredients. Even without these, there is still some extra cost over white bread, sugar, margarine and processed meat, but nothing you won't soon make back from your dentist, doctor, pharmacy and snack bills.
Low Carb on a Budget gets high praise from those most worth listening to in the UK diet-and-public health debate; if you don't know the names of some of those praising it, check out their work.
Another great selling point is that I'll get a pound, whatever that is, for every copy sold through the link above, and the  Public Health Collaboration, a very effective lobby group in the UK, will get 50p. 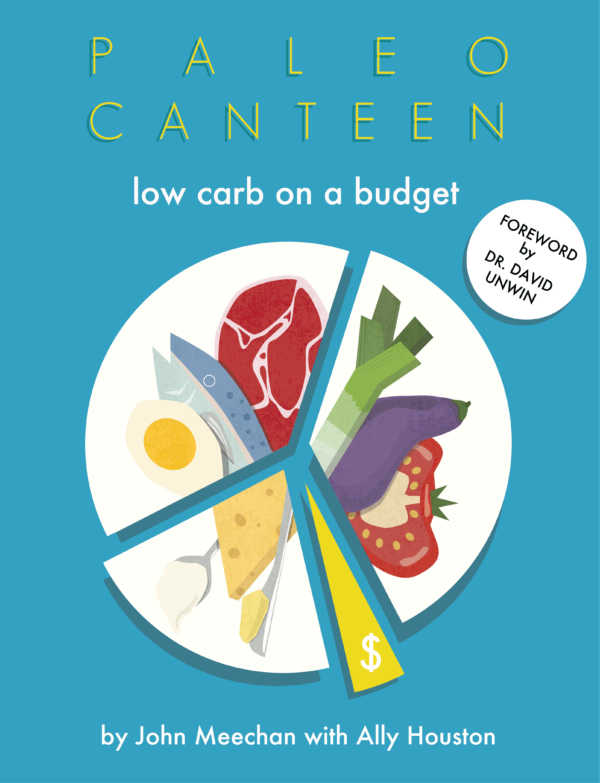 Daughter of time still haunts me.
thanks for promo of Paleo Canteen, looks promising for me.

In this year of pandemics, may I suggest also “Journal in the Year of the Plague” by Daniel Defoe published in the 1770s. I was surprised that human responses to pandemics have not changed that much over the last couple of hundred years. He also describes the concept of urban myths which I originally thought were first outlined in the 1970s.

That sounds great. I think there's a movie or series being made based on Year of the Plague right now.

The movie, based on Defoe, is called Harrow Alley
https://deadline.com/2018/03/emma-thompson-sets-up-long-lost-hollywood-script-harrow-alley-with-bad-wolf-1202311559/

I agree with the troll on 22 July 2020 at 00:28. It is indeed an awesome post and offers some interesting reading choices.

I just ordered Daughter of Time; the Christopher Hitchens endorsement alone was enough to sell me. Strangely enough, this morning I finished the latest Jodi Taylor time travel book in which the Princes in the Tower are a major plot point. It's a cosmic imperative!