Silymarin for type 2 diabetes - significant effects on glucose and lipids from a safe OTC herbal.

This study has an interesting backstory.

Hepatitis C (mainly genotype 4) infects nearly a quarter of the Egyptian population. This is the highest rate of HCV infection I've heard of in any country; however the Nile Valley is probably the ancestral home of HCV's transmission to humans.
Egypt is not a rich country and drug treatments for Hep C are expensive, not to mention dangerous and unreliably effective till recently. Consequently a lot of Egyptians use alternative remedies, usually sourced from EU pharmacopoeias. Silymarin (a standardised mik thistle extract) and a German spirulina extract are two of the most popular; I wrote some time ago about their relative effect on hepatitis C infection.

Edit - the spirulina and silymarin in that earlier study was supplied by Beovita-Safe Pharma, a Joint German Egyptian Company, Katzbachstr. 29, D-10965 Berlin. There is no mention of the supplier of silymarin in the latest study, but it may be from the same source.

These remedies are so widely used in Egypt that Egyptian pharmacologists have investigated their safety and effectiveness with unusual thoroughness. It's not a big leap from treating the fatty liver of chronic hep C infection to seeing if silymarin will improve type 2 diabetes. This is a disease highly associated with NAFLD, and abnormal liver function is thought to be a primary cause of diabetic insulin resistance and dyslipidemia.

Note that Ain Shams is a proper medical school, the 3rd oldest in Egypt, founded in 1950. 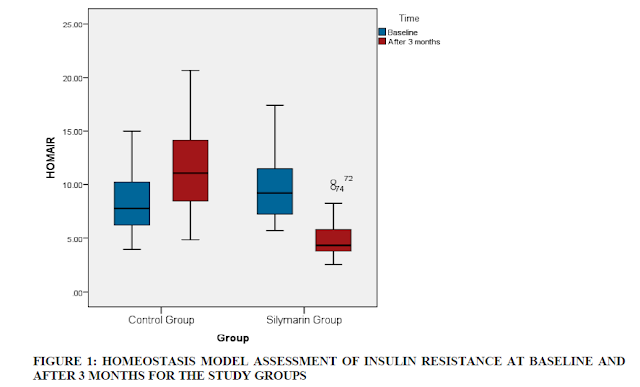 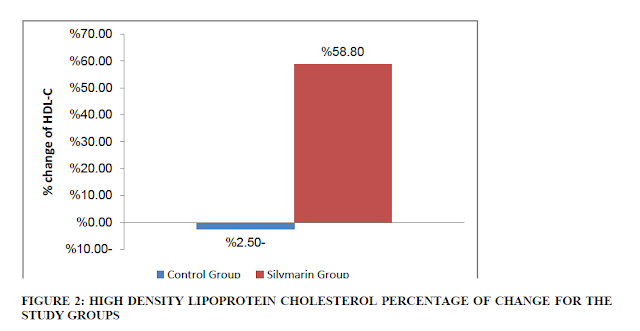 Basically, a safe OTC supplement seems to be able to give the benefits of metformin and statins combined, with a minimal risk. The safety of silymarin is recorded in dozens of long term Hep C studies of various types.
Would silymarin have benefits for people on low-carb diets who see a large rise in LDL, or whose blood glucose control still isn't perfect? I think it might be worth trying.
Posted by Puddleg at 13:17

George, my partner was working in a hep B lab using the duck strain as a model and it was interesting to hear about the antiquity of it. It seems to have been present in dinosaurs and probably goes back much further. What ideas are there for the antiquity and origins of hep C?

I use silymarin on the few occasions that I take paracetamol, it's supposedly hepatoprotective against the toxic metabolite. I'll test the effect on blood sugar next time.

We know the glucose in the diet has to be going somewhere. If not to the liver, then maybe silimaryn's direct effect is to improve insulin signaling at the cell membranes (membrane-stabilizing? p.818)
Would be interesting to see postprandial blood glucose measures in groups with and without silimaryn treatment for a few weeks, then crossover.
Or, maybe the effect is through fructose pathways?

I've come to understand a boost in LDL-C as a sign that the body has accelerated repair processes, like for a gum infection -- is that why brushing your teeth is supposed to be good for your heart? If glucose is more effectively used by cells for energy and then blood glucose moves closer to normal. Artery and other repairs could get caught up allowing LDL to be produced less, rather than being eliminated faster.

Thank you for this very interesting read.

I suspect that sylimarin may be improving membrane stability in the pancreas as well and improving the phase 1 response.
The removal of hepatic cholesterol via CYP is interesting because this will increase the supply of specific bile salts in the gut and this could produce a cascade of benefits through modulation of gut flora. Does lowering hepatic cholesterol improve fat burning in a fatty liver? The VLDL and TAG results suggest that hepatic beta oxidation has increased; some of the liver's PUFA will be used to replace the cholesterol.
Silymarin elevates glutathione if it's been depleted by oxidative stress (as with the paracetamol), this may normalise the ROS oxidation of FOXO1 which stimulates GNG. N-acetylcysteine also lowers hepatic glucose production.
Berberine, oleoeuropin and chlorogenic acid are other polyphenols with normalising effects on GNG. Silybin, the main flavonoid in silymarin, is most closely related to chocolate polyphenols.

It's thought that HCV was originally a rhinovirus in dogs and passed into humans in the Nile region in antiquity. The Egyptians used dogs as weapons of war, so there's an inter-species transmission pathway.
But others suspect horses:

Hep B and birds go back a long way together: